This class kicks off our look at Constitutional Political Economy, and we will examine this topic at several levels:

First, if we are to chose as a group at any level (whether a national government, a neighborhood association, or a book club), how do we constitute and decide how to decide as a group? Second, we will often look at a particular group/institution, the Nation-State, and inquire about is its nature and origin. What gives the State the legitimate authority to coerce individuals? Why should we obey it?

We begin with a deep dive to a major point of departure in the Western liberal political philosophy canon.1 Thomas Hobbes is often invoked as the first explicit originator of the a social contract theory of the State. Writing during the English Civil War - the ultimate result of which would set the Western world on a path towards liberal democracy, constitutional republics, and the industrial revolution - Hobbes is famous for his bleak view of the state of nature (a hypothetical society without government). He is often noted as a supporter of a strong State, whom he saw as an absolute monarch, as the solution to this problem. Hobbes is often written off quickly in political philosophy, as a predecessor to the more celebrated John Locke, the clear inspiration fo the U.S. Declaration of Independence and many modern ideas. However, Hobbes provides both deep analytical insight to the nature of the problem (which can be recast in modern game theory terms), as well as a clear break from Ancient political philosophy. We will read selections from Hobbes’ famous 1651 book, Leviathan.

In discussing the State and the Hobbesian dilemma, this will allow me to discuss a topic I intended to discuss, but had to skip due to time, during our lecture on rent-seeking: the problem of private rent-seeking. Hence, one of the readings (Klein, Crawford, and Alchian) below is copied from that section.

(No Required Questions or Discussion) 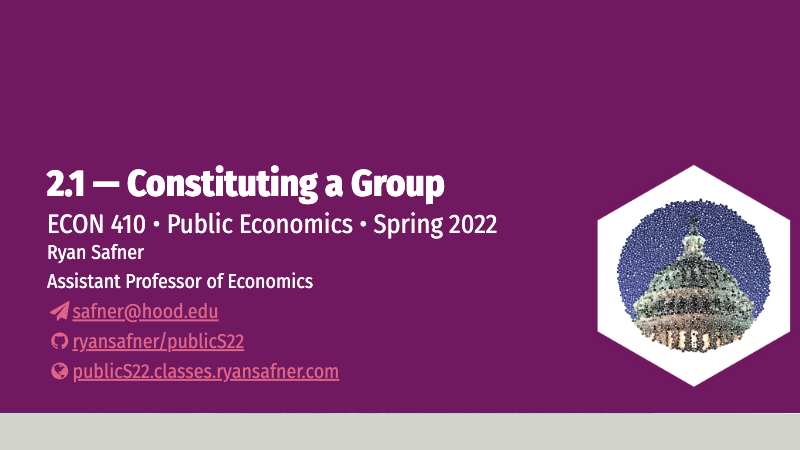