We are wrapping up our discussion of constitutional political economy before diving into politics under the constitution we have (i.e. assuming our constitutional rules are fixed) in Unit III. I want to discuss at least two major concepts and problems, which again will venture into political philosophy and normative territory.

First, a reminder about the constantly shifting focus between pre-constitutional rules and post-constitutional rules. This is one of the things Buchanan is getting at with his somewhat vague and frustrating idea of the “relatively absolute absolutes.” As part of this, Buchanan gives the status quo a special status, that it needs no justification, but that changes from it do require justification. The rules, traditions, and customs that we currently follow should be treated as absolute and given, but only relatively so — in that we can ultimately and eventually change them as needed, but not too hastily.

This gets us into the second idea that I want to discuss: the role of tradition and changing constitutional rules. This comes across in Buchanan, but I also gave you a chapter by Hayek where he gives his characteristic account of how rules and rule-following behavior emerge in human society. It is more about gradual and unconscious cultural evolution that often restrains our moral intuitions as opposed to what he calls “rational constructivism” (humans rationally designing the system of rules and customs). This brings up a conflict between our moral intuitions (that come from the fact that we historically evolved in tribal settings) and the market-based society that Hayek calls “the extended order”. Similar to Buchanan, it also places some level of importance on ingrained tradition. Hayek, while not a political conservative1, holds tradition and customs with some reverence due to this.

Both Buchanan and Hayek do, however, recognize the need to subject specific norms, traditions, and customs to criticism and change or removal. This is essential to progress, and there are many illiberal customs that are worthy of us abandoning. However, both caution that we should not be too hasty to throw out something we do not fully understand the consequences of, and we should be skeptical of calls for sudden, major social changes, especially of the rational constructivist variety.

On the Chilean Constitutional Changes 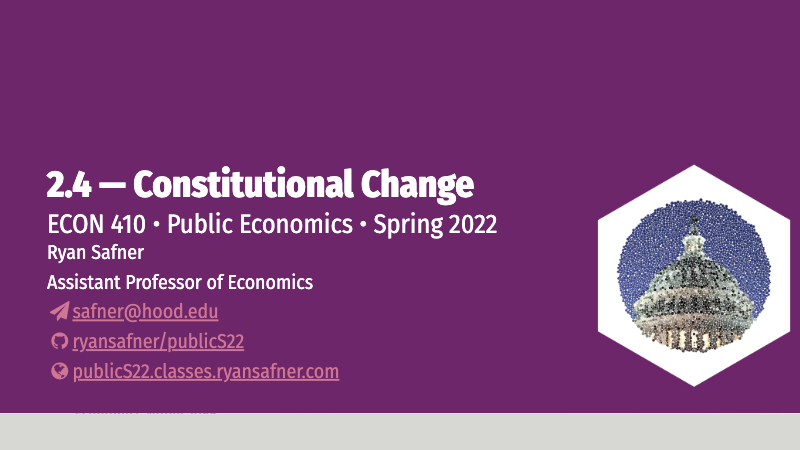