Jonathan Rauch has an interesting argument about why U.S. politics today is so divisive and ineffective: activists have reformed “corruption” out of the system too much that politicians can no longer make the necessary (and ugly) deals that good governance may require. It’s much more politically palatable to rail against corruption and propose reforms than to actually get one’s hands dirty and govern properly (via pork, logrolling, secret deals and agreements, etc).

Perhaps this might connect with the rise of the administrative state?

Rauch has been making this argument, or variations on this theme, for years. I had originally thought about having you read more recent articles by him on this subject, which incorporate recent current events with the 2016 election, or the current electoral cycle for 2020. I ultimately decided to stick with an earlier, 2014, article, so you can see how this idea is not something that started with Trumpism or 2016, it has long been a problem slowly bubbling to the surface in our politics. I’ve included two more recent articles that apply this argument to recent events if you are interested.

Note we will be holding our discussions on the Blackboard discussion board for this topic. You do not need to email questions in advance. 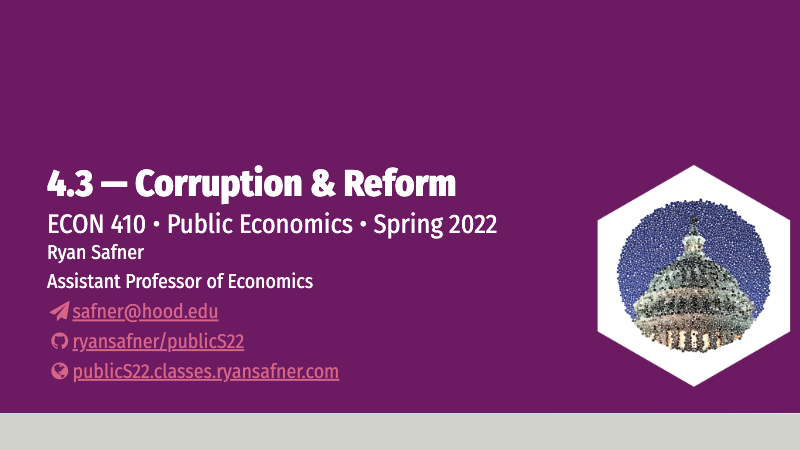